skip to main | skip to sidebar

Looking for somthing you once saw here?

This Lenten season, I decided that we needed to make the atmosphere of our home a little different. More simple. One of the ways I've instituted that is by having soup for supper. For the most part, the family has been good sports about it.

We've tried new soups and enjoyed our favorites. This soup is one that I posted on Instagram and had some inquiries about what it was. So, here it is! I added more veggies - shredded a large carrot, finely diced 2 stalks of celery, and used a large onion. Otherwise, I followed the recipe pretty much as is. I cannot remember where I found the recipe to give credit. It tastes kind of like a soupy version of spinach/artichoke dip which is one of my favorites.

I'll try to get some of our other favorites up on the blog. Happy eating! 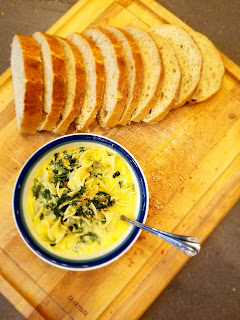 Preparation
In a large soup pot, heat oil, and saute chopped onion and garlic over medium heat until tender. About 5 minutes

Add chicken broth and bring to a rolling boil.

Reduce heat and add milk, spinach, and shredded cheeses. Heat thoroughly until hot and cheeses are melted. DO NOT BOIL.

Posted by Unknown at 7:24 PM No comments:

Labels: in the kitchen, Lent, Liturgical Living, Soup for Supper, what's for dinner


Next, we drove up to Lake Itasca to see where the Mississippi River begins.


The next morning, we visited Paul and Babe before heading over to Silver Bay.


The Americinn had a 110 foot water slide that the kids could go down 48 times and become part of the "Mile Slide Club". Somehow, I did not get a picture of it?! The oldest 6 kids all got their certificates and have their pictures on the wall.

There were so many wonderful moments! The kids are already asking about where we'll go next summer....and they're assuming Grandma and Grandpa are coming along....hope you're ready for that!

Over the River and Through the Woods

So, we finally made the 500 mile journey to visit our families in North Dakota. We used to make the trip at least once, and sometimes a couple times, a year. But, with our expanding family and Todd's limited vacation time....the trips have become a little more spread out. Our last trip to Minot was for Todd's niece's wedding 1 1/2 years ago. We were due to make the drive! 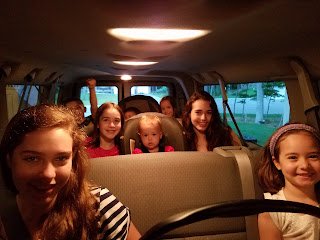 That's a lot of enthusiasm for a 5:30 am departure! 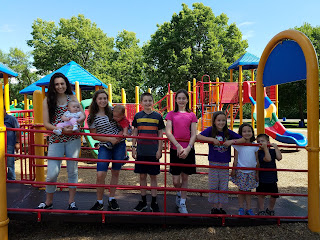 After a few hours of driving, we stopped in Fargo to burn off a little energy at Lindenwood Park. 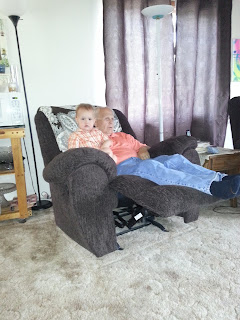 Because there are so many of us, we divide up between the grandparents. The big girls and Benj stayed at one house and the rest of us crashed at the other. Benjamin quickly became grandpa's best buddy! 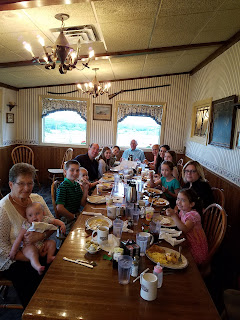 The grandparents took the whole crew out to breakfast at the Homesteader after Sunday morning Mass - what a special treat! 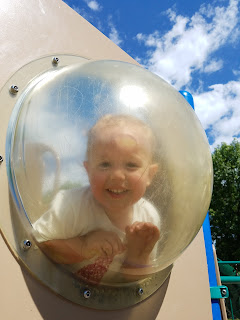 Benjamin playing at the playground of my old elementary school. 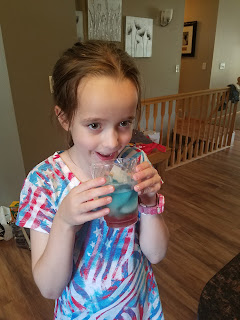 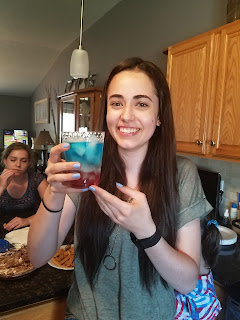 Aunt LuAnn brought over some super yummy treats for us. She even brought supplies to make these ultra festive red, white, and blue drinks! 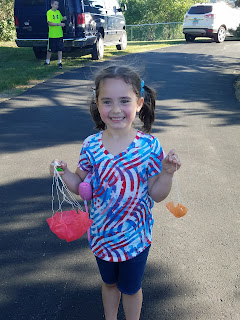 Esther was so excited to catch one of the parachutes! Minnesota law doesn't allow for fireworks that shoot up into the air, just the lame-o ones that shoot sparks. So, it was super exciting for the little girls to chase the parachutes, as they had never done that before! 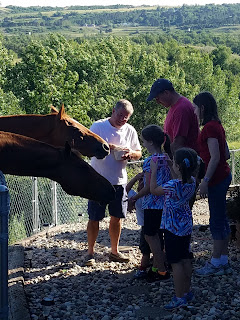 The little girls were in horse heaven when they got to feed the horses their special treats! 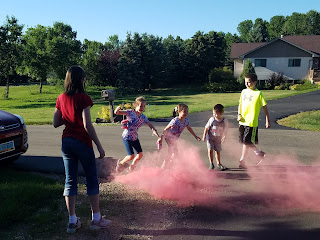 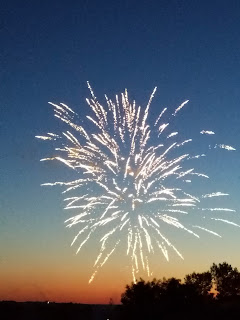 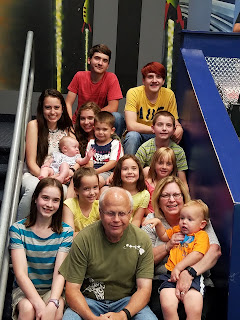 We met up with  my sister and her kids at Planet Pizza for lunch and some video games. Here's a picture of the cousins with grandma and grandpa. I think it turned out pretty well, actually! 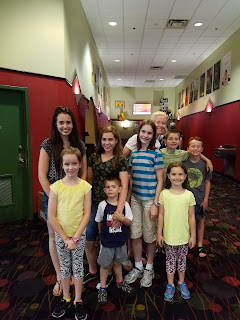 Aunt Patti took the oldest 7 kids to Finding Dory complete with popcorn. They also had various other treats and game time with her and their cousin...so...much...fun! 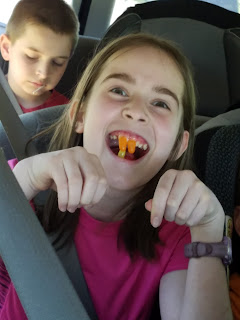 All good things must come to an end...this is what the last 30 minutes of the 500 mile drive home consisted of!

We all had a very nice visit and look forward to our trip to North Dakota next summer!

Posted by Unknown at 9:35 PM No comments:

You can imagine, that a family the size of ours goes through a sizeable amount of toilet paper. We order this from Amazon and it lasts about 3-4 months. I wouldn't say that it's "plush" or fancy, but it gets the job done. So, when the box arrives on our front step, this is what follows! 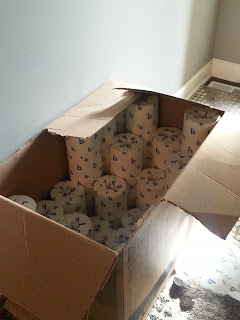 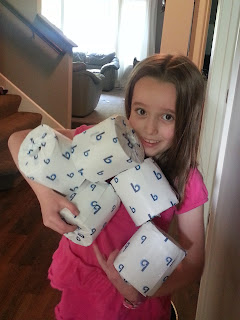 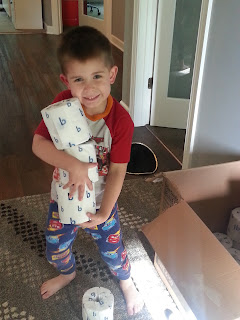 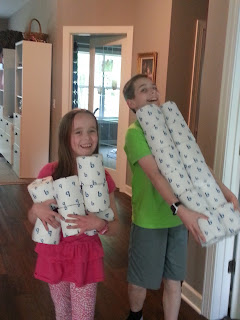 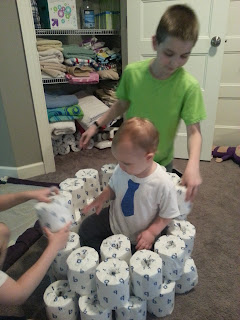 Eventually, it all makes its way to the upstairs linen closet. The process takes at least an hour...cheap entertainment!

This Blog is Pro-Life

A person's a person, no matter how small. ~Dr. Seuss

This blog is pro-marriage 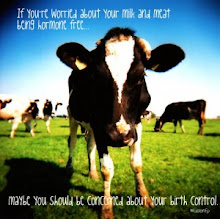